An Explanation On the Origin of Sheriff Badges

Sheriff’s badges have a long history that goes back to medieval times, when knights would wear their coat of arms as a symbol of authority. In modern times this image still holds, as sheriff badges are seen as a sign of authority by many. While it’s a popular tale that badges at one time were thought to be a type of protection against evil, sheriff badges actually take on a far more practical application in America. Sheriff badges are typically meant to be worn by those that are of the highest moral caliber and are essentially incorruptible, but as time has gone on things have changed. While the meaning behind sheriff badges hasn’t changed, the regard that they once were given has indeed been altered by social perception.

Why are sheriff badges cast in the shape of a star? 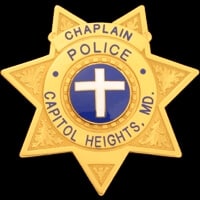 Early societies often saw the sign of the star as having magical qualities, and anyone that wore this symbol could protect others and ward off evil influences. Such beliefs were highly popular back in early times and were highly influential among society. After the coming of Christianity, the use of the star continued, as it was often meant to convey power. Long ago the early colonies used the star symbol in order to denote authority and to convey a sense of justice to the people. There were no strenuous requirements to wear the star in those days however, and as one can imagine, those that wore them were not always of the highest moral caliber.

Following its emergence as a country, America continued to use the star-shaped badges, but they were only used by those departments that could afford the cost of them. Smaller departments didn’t make use of badges since people were known to each other, and as such their authority was not questioned among their own ranks. As immigrants began to enter into the country, this practice changed as more people meant there was a need for identification. As such, badges became a standard part of the police uniform.

The star symbol became used very prominently in the western states, as officers would make their badges from tin cans and other metal. It would appear that star badges were far easier to produce than circles or shields, and thus the use of the star badge gained even more support. It was still seen as a symbol of protection, as many sheriffs in the west were known to be famed lawmen that were often direct and unwavering in their accepted duty. At one point, the name of their department was inscribed on the badge, but this was often very expensive.

The 7-point star badges are a more modern design

Sometime in the 19th century, sheriff badges were given a religious update that would help to denote the reasoning behind the police department’s stance and why they were important to society. There are plenty of arguments over this point, but many still cling to the idea that 7-point star badges are heavily related to Catholicism and the seven seals of the Book of Revelations. While some might scoff at that notion, the 7-point star badges have still been seen throughout history as officers have continued to utilize them in various departments. They have kept them around in various other ways, such as on a sheriff’s belt buckle, as a symbol they carry with them to uphold their authority. A sheriff’s belt buckle isn’t technically a sign of authority, but can stand as a sign of solidarity and commitment to law enforcement that identifies them as someone that has served a department. While some might dispute the history of sheriff badges and the veracity of the story that tells of the 7-point star badges, the idea of star badges is still rather concrete since the star is still seen as a symbol that many people find ideal for law enforcement. There are also many individuals that still cling to the idea of the 7-point star badges representing religious ideologies since it not only symbolizes their belief, but it speaks of the core values that the police are expected to possess. While it’s often typical to see 5 and 6-point star badges, the 7-point star badge is still something that is used today even with the many different variations of sheriff badges that are on display in America.

Sheriff badges have continued to be customized over the years

Anyone can buy custom badges online as part of a collection, but the cost is usually quite steep depending on the design and the materials used. Those that serve with a department are advised in many ways to keep their sheriff badges clean and maintained. Such sites can create badges for any department and can produce sheriff belt buckles and other such items that people might want to wear to show their support. Typically it’s best to know what’s allowed by law and what is considered unwise to wear on your person since a sheriff badge is typically used to show authority and impersonating a police officer is an offense punishable by law.

There’s nothing illegal about buying sheriff badges however, and the 7-point star badges, which are among the most historical of the lot, are easily provided by certified retailers that can produce just about any item a person is willing to pay for. It is recommended that a person collecting sheriff badges at least study their history when attempting to collect badges from various time periods and those of different styles, if only because it honors the history and tradition of the badge. Star badges have been around for quite some time and are an integral part of America’s law enforcement, as symbolism has come to mean a great deal to this country and what it stands for.

The origin of the star badge is pretty simple when it comes to law enforcement, as it’s been a common symbol among authority figures for centuries. As a useful and still very powerful symbol, the star-shaped sheriff badges we see now are meant to inspire as well as denote authority.

Sorry, the comment form is closed at this time.

(Please note that not all finishes are available for badges ordered online.)

A silver colored finish. This finish has a yellow hue and may tarnish with time.

A plate that has the color and shine of silver. Badges are first plated with a layer of nickel and then plated with a bright rhodium layer.

A deep gold that is plated directly over the raw brass metal. Then coated with a clear protective layer.

A gold tone finish that is first plated with a thin protective layer of nickel. Then a 1-3 mil layer of gold is plated over top giving the badge a very bright and clean finish.

Use the industry standard for my badge OR does not apply to my badge.

No curve is added to the badge. This dap is typically used on wallet badges and badges that will be mounted to a plaque.

The badge will have a slight left to right curve. This dap is normally used for eagle, shield and oval shaped badges worn on the shirt, coat or cap.

This is a slight round curve that is applied to star, circular and maltese shaped badges.